The kids were none too impressed until we told them there was grape juice and they could explore the vineyards while we tasted the wines. And maybe gelato afterwards. AND to start the day off, they could run through the sprinkler with their clothes on. Wow how well bribery works.

The drive was so pretty. Even though it was hazy out, the scenery was the typical Tuscany scenery that I had been expecting but hadn't really seen just yet. The rolling hills filled with vineyards. Maybe I just dream too much about wine. 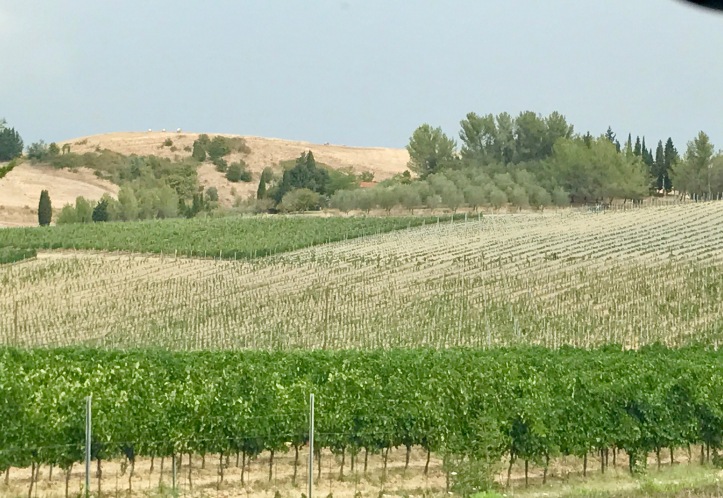 It is an understatement to say I like Chianti. It's not a particularly chic wine to love, but I do love it. Always have, always will. So I am so glad we got to explore the Strada del vino del Chianti Classico. And I'm glad I was not driving the huge zig zag roads while tasting. It would be impossible.

We started with a little tour in a scenic town called Castellina in Chianti. A cute little town with a market and great pizza as well as a bunch of tunnels connected the walls of the town. They also had a really cool wine tasting cellar that the kids got to run through. 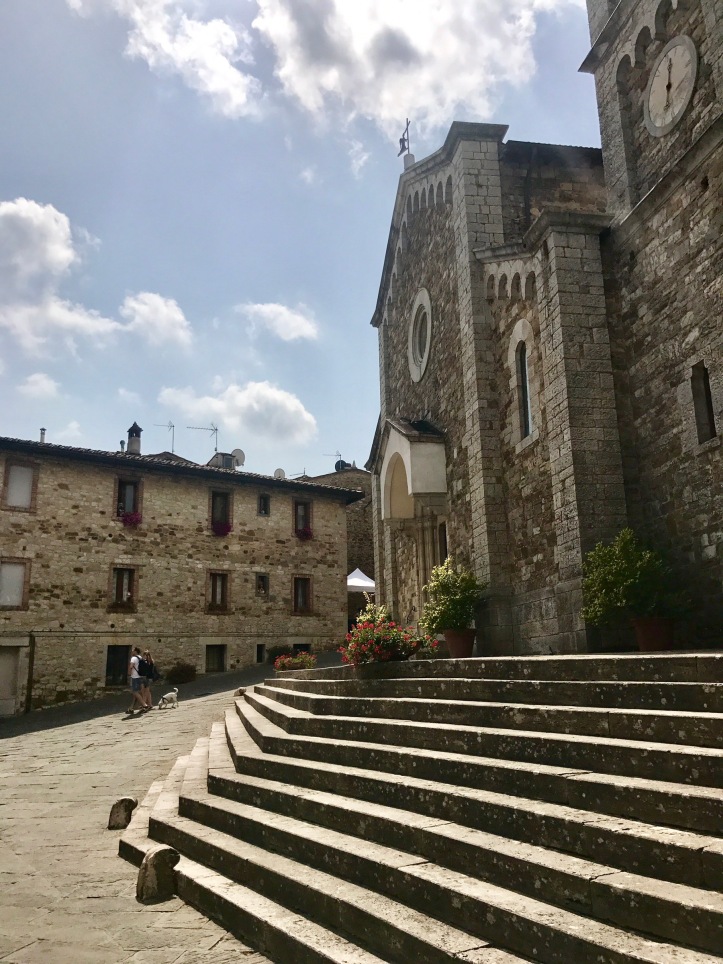 We sat to eat lunch and we knew rain was a coming. We managed to get a spot under a big covered patio. However, then the clouds came and it became dark, the street lights came on. It was like night. The covered shades stated blowing down the street, the winds started showing signs of funnels, it's what I imagine it's like to see a tornado starting (on a much much smaller scale). We rushed the kids inside and then the summer storm hit. It was incredible! Buckets of rain and wind and darkness.
There was one lone soul left in the rain. 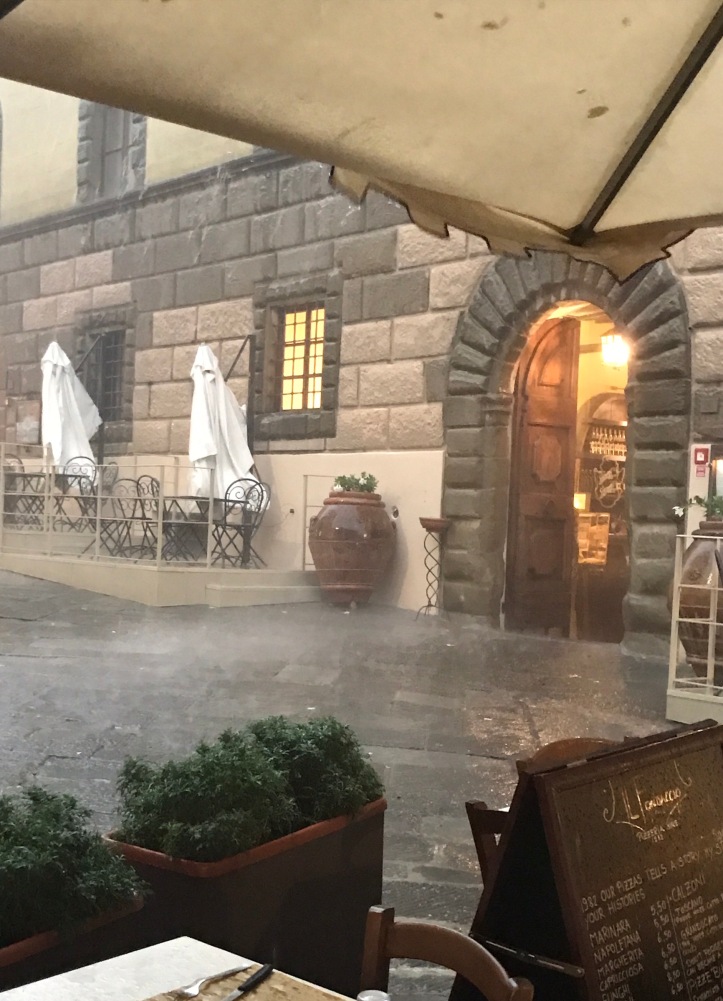 And 30 minutes later it was over. We were full of wood oven pizza. The sun came out and the earth was refreshed. The kids ran outside, took a few selfies and we were off to the next town.

We arrived at the first winery. It was supposed to be organic and very popular. I would love to say it was delicious, but they didn't have room for the 10 of us (only 4 were tasting). But it looked beautiful and we took lots of pictures. The kids loved the cat. 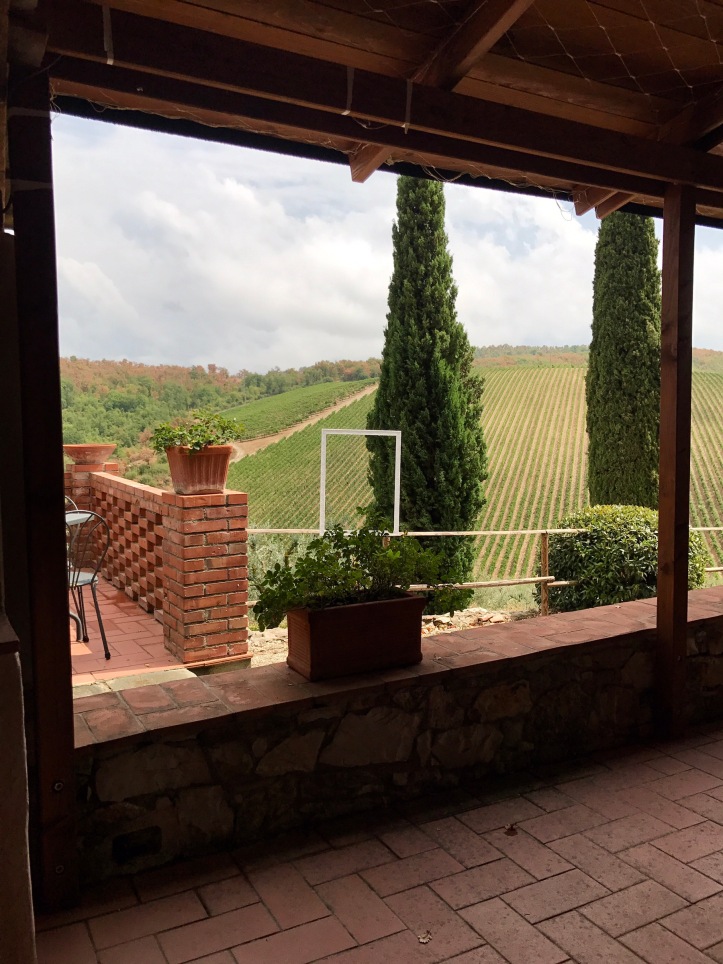 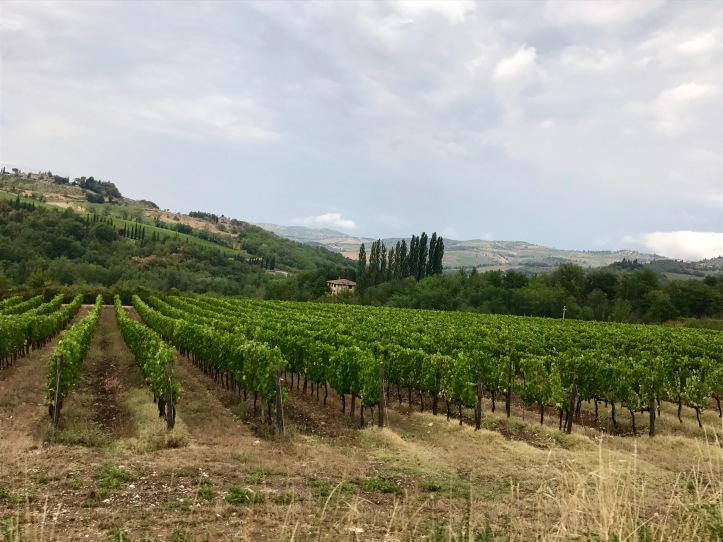 We had much better luck at the second winery. Monte Bernardi. It was quite a small intimate winery and the owner was happy to give us lots of information about the wines and the region. She was originally from California and New York but the Tuscan area and wine beckoned to her.  In order to get the DOCG Chianti Classico the rule is that it has to contain at least 80% Sangiovese grapes 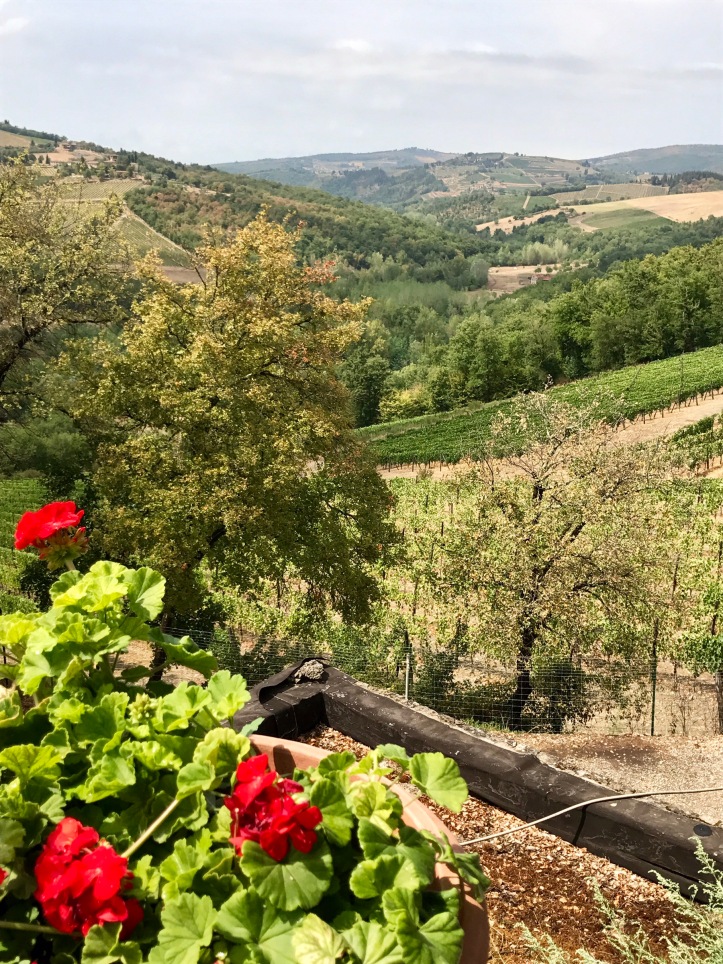 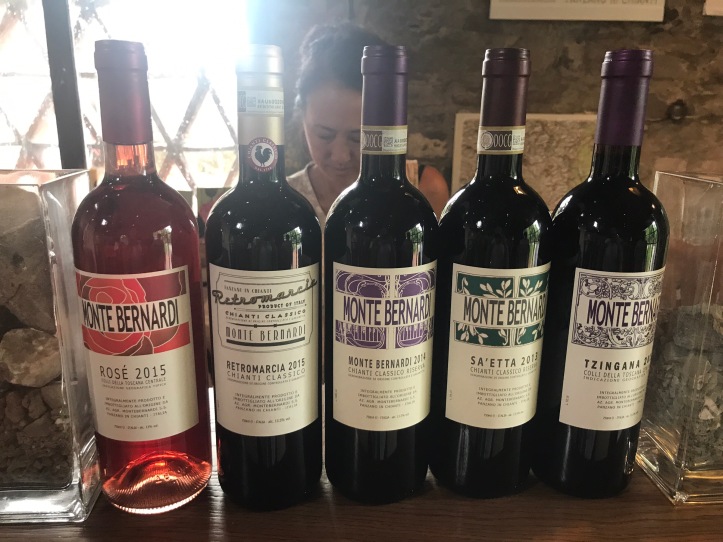 We each bought a little wine and made a dash for the next winery.
Il Molino di Grace. It had quite a few surprising statues for the girls. The wine was nice but not exciting. We didn't buy anything from there. But the kids had fun exploring and imitating the art.

Then our last wine stop of the day. Vignamaggio. A beautiful winery and restaurant. They have famous ties to Leonardo da Vinci as they say their ancestor Lisa di Maggio was the woman with the famous smile. He did live right around the corner. Who's to say what is the true story? The wine was delicious and we all bought more Chianti.
We also tasted the cold pressed monovarietal olive oil. They give you shots of it to try. It was delicious. So we got some of that too. 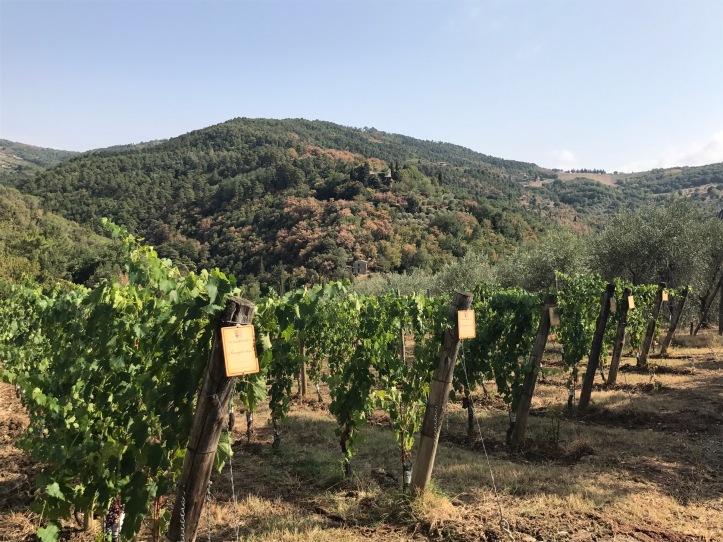 We finally finished our wine tasting, so we headed to the small town of Greve in Chianti. They have a Thursday evening market for local craftspeople. They had some beautiful workmanship and art but nothing small enough to bring home in our carryon! I found a kids table and bought a bracelet off these kids her age for one euro. She was very happy. The kids finally got their gelato and we drove home content.

Since we had been out all day, we decided to do a big family dinner at home. The kids swam under the amazing sunset while the parents all came together to prepare a typical Tuscan meal. Very low key with excellent food, conversation and friends (and Aperol Spritz!) 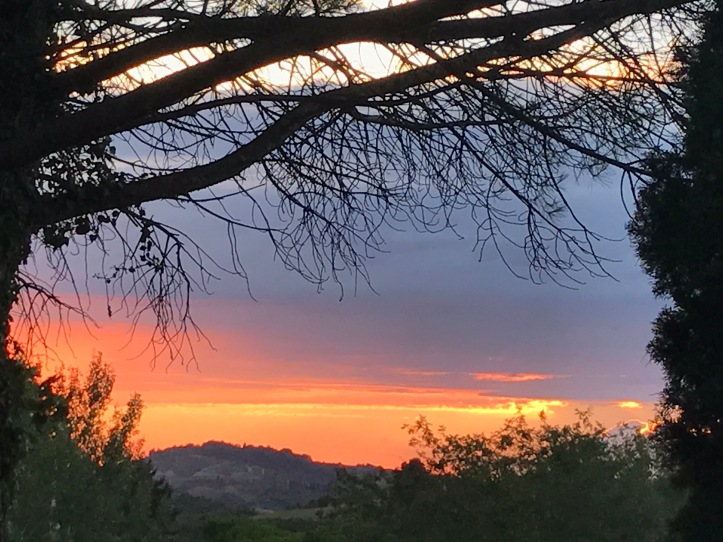 This is a site to document The Scott family travels. Hopefully it will allow our family and friends around the world to know we are safe and where we are on our travels.