Today we wanted to explore the southern coast of the island. It’s the sunniest and the warmest waters. You can swim from dawn until dusk they say.

We had a reservation for one of the best beach clubs today but we had to arrive on time or they would give away our reservation. Anyone who knows me, knows that I am in my own individual time zone- chronically 10min late. But not today. I was on time! I really want to spend the day at the beach and see the sunset from the best spot on Capri. Low and behold, on our way to the taxi, I ran into a colleague! I love meeting my friends in unusual locations. And so far from Vancouver! But this would be my first day on time for the boys, so I had to keep going quickly. Trina was there for the day with her family and was loving it. Such a small world. I was so surprised and happy to see her that I forgot to take a picture. But I promise it happened!

We taxied to the Lido de Faro. It’s the most southernern tip of the island and has a traditional lighthouse. The Punta Carena was built in 1866 and is the second largest lighthouse in Italy. The largest is in another famous Italian port city. We were lucky enough to visit there briefly a few years ago for J’s birthday.

There is a beach club there that is on top of the rocky southern shore. 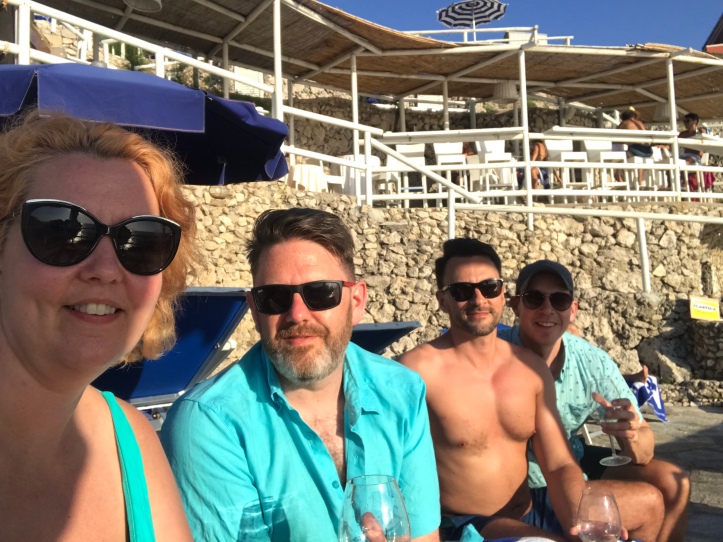 For those inclined, you can jump into the sea from the tall rocks (fool hardy I’d say). Here is a video of one such daredevil.

We set up on the rocks by the pool instead and had a relaxing morning.

It is so hot here. Luckily we got sun umbrellas to shield us from most of the melanoma producing rays. 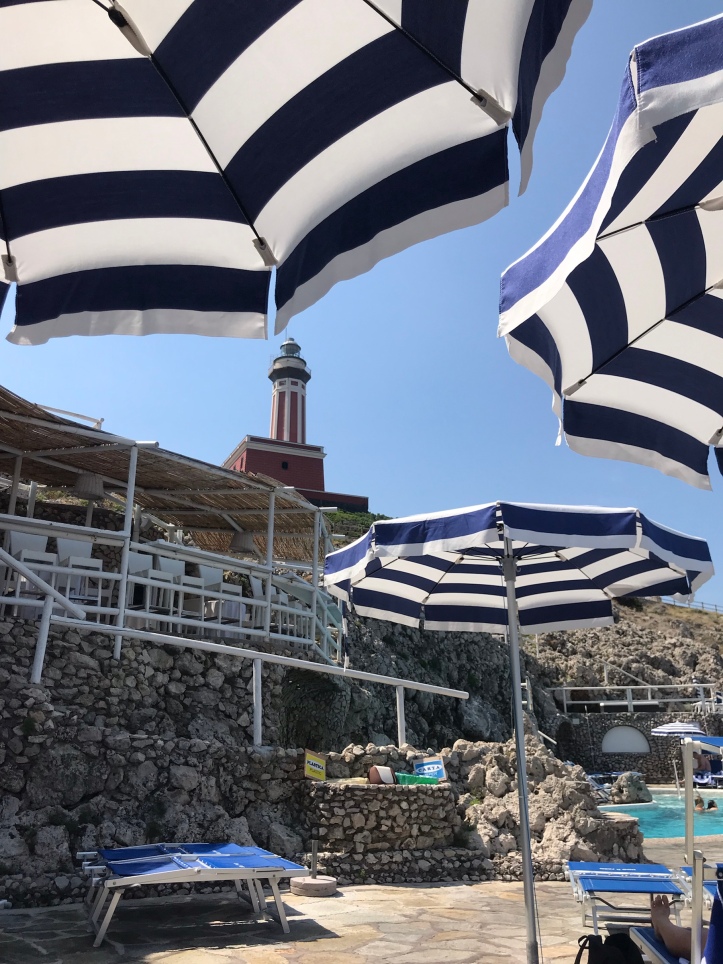 We did jump into the sea in a more cautious but still fun fashion. But we also spent time in the saltwater pool that had jets!

We had another great lunch at the beach restaurant here. Great view and the seafood didn’t disappoint. The service however was very slow as they were understaffed. I had the caprese salad again and burrata filled ravioli with shrimp and clams. B had the mixed seafood grill. And of course more Prosecco and Rosé. 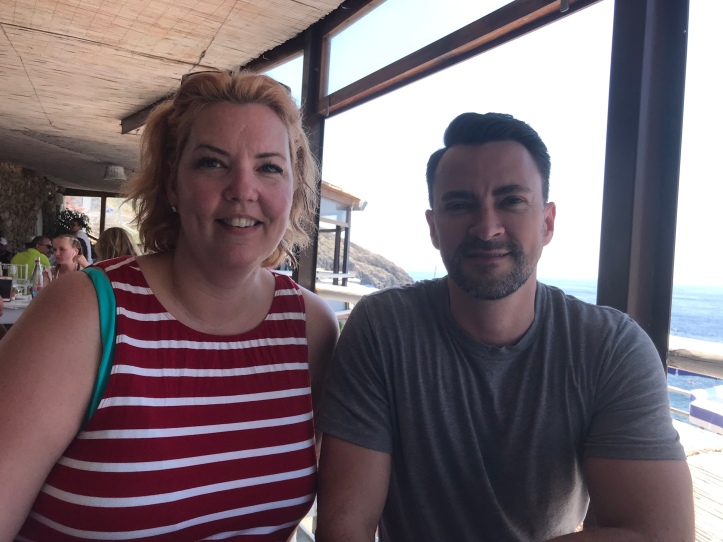 Back to the pool and ocean. What a hard life we have! That is until B and G got stung by jellyfish again! Second day in a row. Something about their oceans changing and more jellyfish coming around. At least all the lifeguards have this special cream to take away the sting. Though not better than mother’s kiss I was told 😘.

We stayed for the sunset. We heard it was the best place on the island and I would tend to agree. 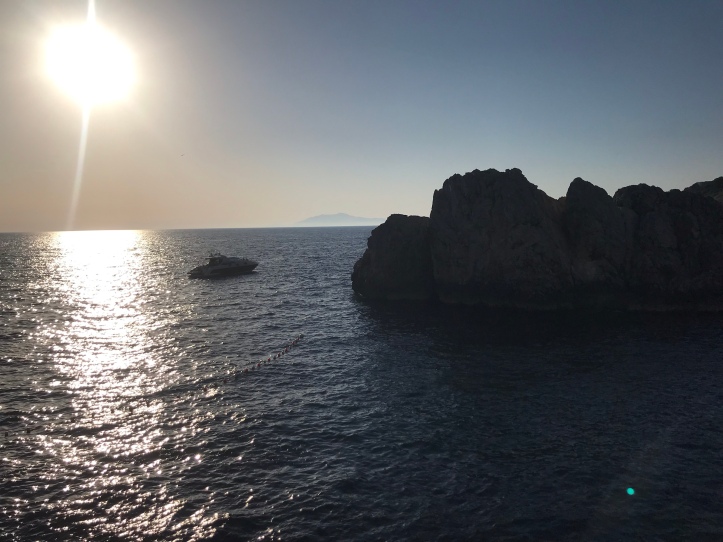 Aperol Spritz all around and good friends. That’s all you need. Well and maybe the fries. 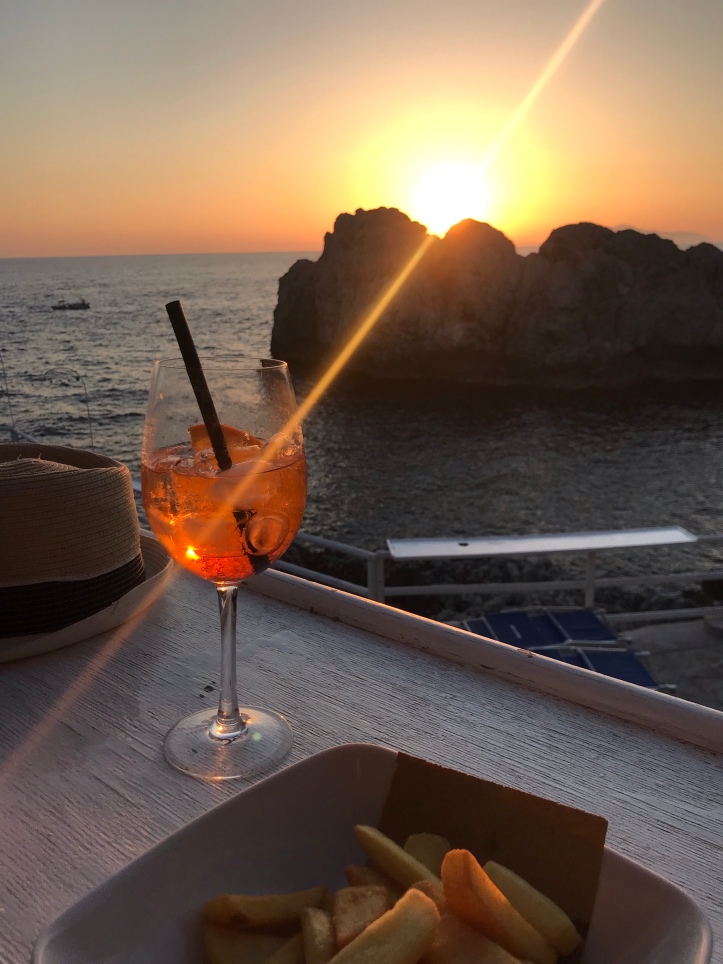 We still needed to get back from the furtherest point on the island though. And there aren’t a lot of cars or transit in general. We lucked out and the bus was waiting when we arrived up the hill from the beach club. 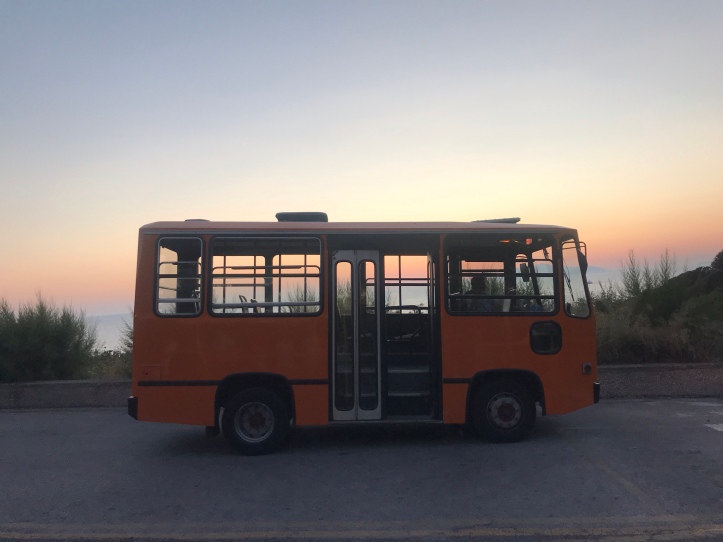 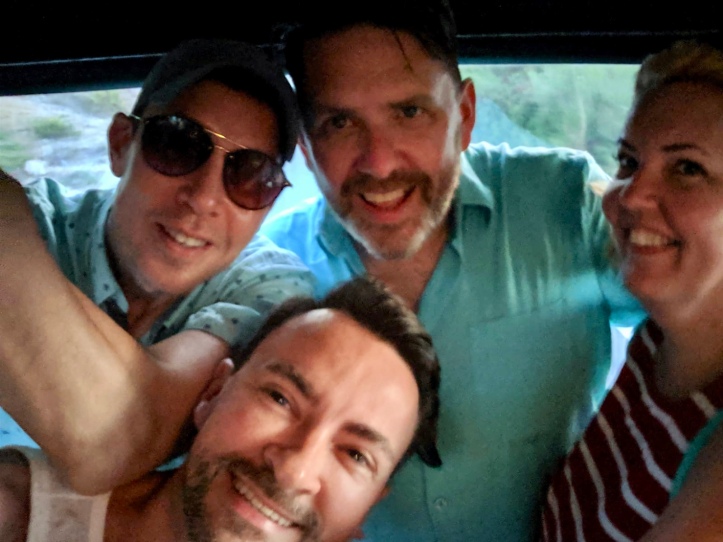 You can see it’s a tad bit crowded. But quite an adventure.

The night life was happening and the night view was competing hard.

At the Capri town square, there were folk singers and dancers for maybe independence day. At least that’s what we were told. I hear journalists don’t need to fact check anymore right?

We watched for a bit then headed home to pack for our early flight to Croatia. 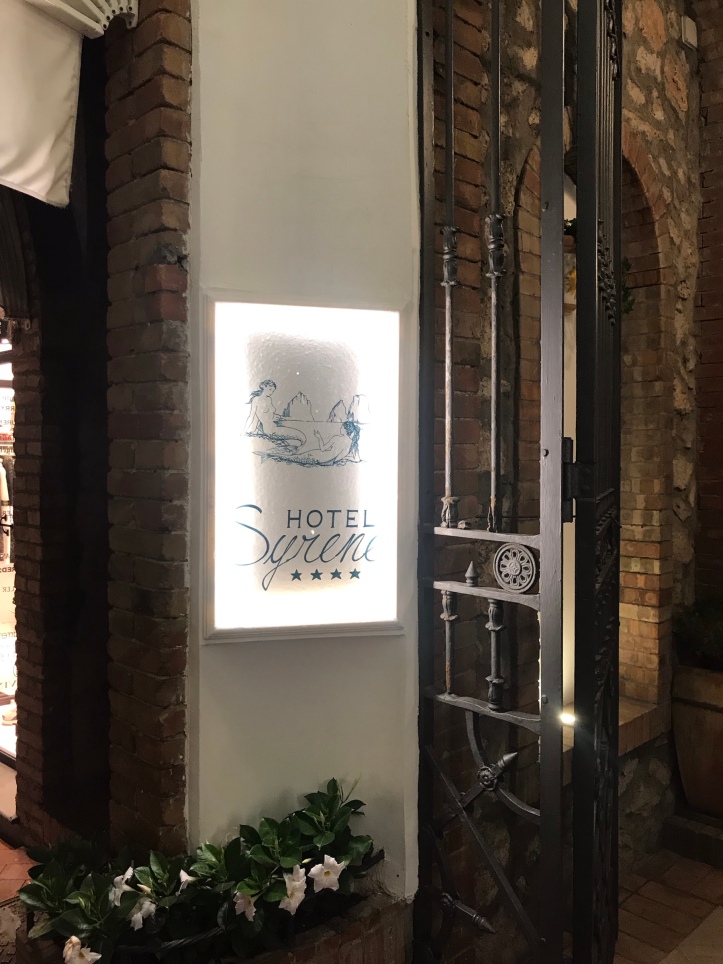 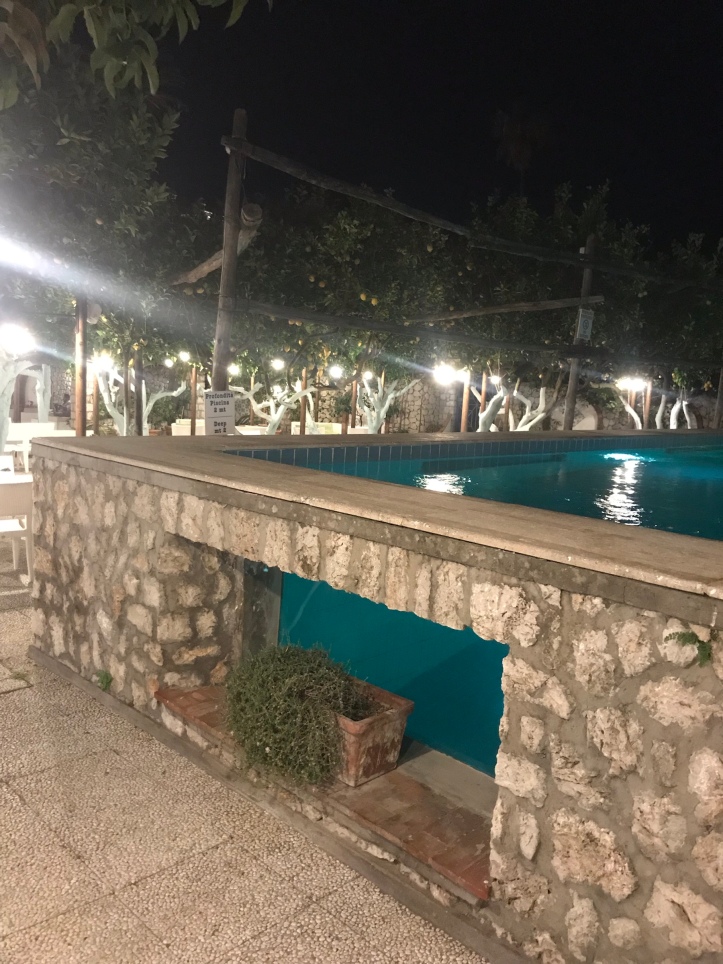 Up next: Croatia bound!

This is a site to document The Scott family travels. Hopefully it will allow our family and friends around the world to know we are safe and where we are on our travels.